How Mobile App Testing and Web Testing is Different? 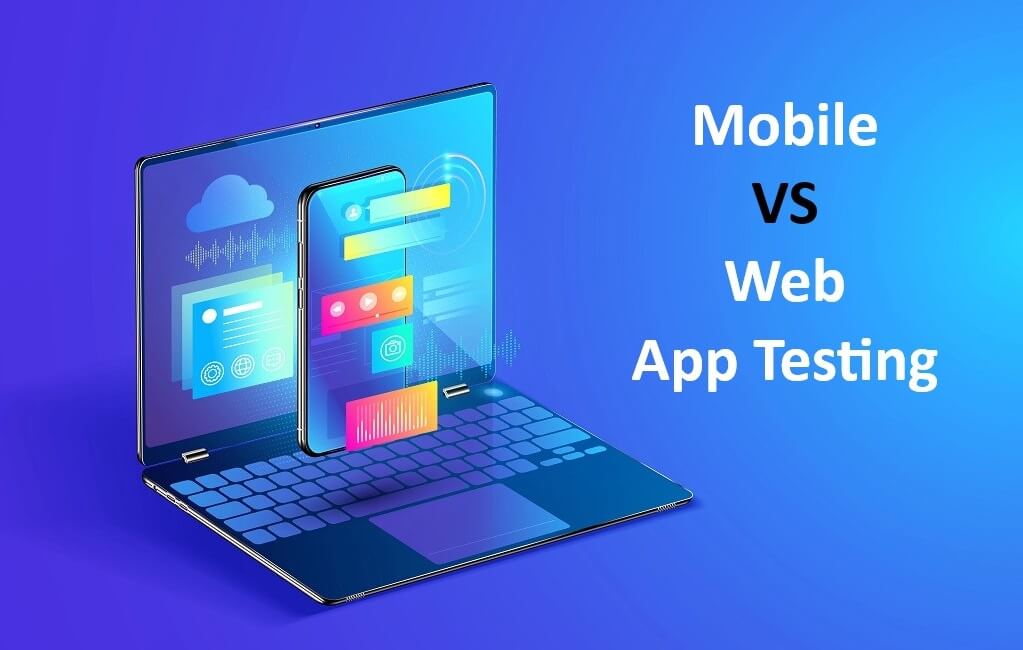 We are living in a world dominated by the device and the internet. Going about our daily lives, one needs to connect to a device for some purpose at any given time.

At hand, we have various options. Laptops, tablets, mobiles, and desktops. Depending on the time and place, we may choose how we browse.

When businesses develop these options, testing of the same is needed. What goes into testing these products that run across different formats?

So, for the user using Facebook on the smartphone using a pre-installed program is a mobile application. On a laptop, Facebook is opened on a browser using a web application. The functionality will be almost identical. The quality and testing procedures, however, will differ due to their respective differences.

Web and Mobile Applications – The Differences

Any mobile application is a mother term that outlines the 3 types of apps – native, the PWA, and the hybrid. All are coded differently. Features of all are also distinctive.

Moreover, mobile applications are developed for a wide range of users across a spectrum of devices. To add to the complexity, iOS and Android smartphones are saddled with a variety of OS versions. In addition to multiple screen sizes.

What’s more, some apps have to work on other kinds of devices like tablets, smartwatches, and fitness trackers. All of them need a particular functional design and a tweak in features.

Web browsers are fixed or static. They are not designed to work on the move. The number of user interactions and environments is smaller when compared to mobile apps.

Logically, the ambit of testing will vary as one shift across the web to mobile.

Testing processes and procedures remain the same for both cases. One needs to be acquainted with the functionality. One has to then estimate the testing time and decide what gets tested through automation and by a manual software testing procedure. Mobile and web applications have the same types of testing as follows.

Mobile vs Web – The Differences in App Testing

While there is commonality, there are certain differences across testing both the types. From a QA perspective, here are some differences.

Web applications cannot work offline. Just like PWAs. However, it is different for react native and hybrid apps. Users can still open an app when the data is off. They can then see a message that there is no internet connection. It is important to verify that the app works when the device gets connected to the network or wi-fi. Synchronization must be as good as instant across various platforms.

Smartphones can carry a lot of storage and work for hours. But quite a lot of mobile devices come with limited space and storage. Any outdated hardware coupled with minimal storage can cause apps to slow down. too. Web apps are updated less frequently and so updates will not affect device memory.

This is not applicable for desktops. Even laptops don’t have a problem. Minimal charge on mobile devices shut down all apps while keeping only core features. Users are wary of apps that drain the battery. Such apps can get uninstalled.

A web application does not need to be installed or uninstalled. The operations with browser-based applications are done through mouse-clicks or button combinations. There may be touchpads on laptops. But it does not get more complex than that. Checking for a mobile app is a challenge. Taps, swipes, pinch, and voice commands. There is a long list. Then there are specific innovations for devices like headsets. These can be brand-specific too.

Mobile and web automation permit dealing with repetitive jobs. Generally, mobile applications need to be updated with greater frequency. Hence, there is a demand for automating regression testing. This is also applicable for GUI testing. The number of screens and devices is vast. The scope of tasks applicable during mobile app testing is also huge. Hence automation can save a lot of time.

However, automated regression or GUI testing for a web application must not be ignored. Other possibilities for automation include smoke, API, performance, and acceptance testing.

There are differences between mobile and web application testing. But these are not restricted to techniques used for the testing. The scope of testing and areas of consideration is what makes them peculiar.

Without a doubt, the future of web app testing and mobile app testing will incorporate more test automation. This would enable software companies to ensure faster delivery of premium apps. This helps in business growth. There will be an abundant availability of advancements and upgrades. The testing engineers now need to hone their skills and delve into how quality assurance can become a part of the development stage itself.

How to Optimize your Inventory Management System?